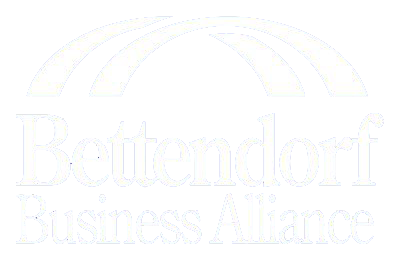 Cat's Eye Distillery has one of the most unique success stories of any company doing business in the Bettendorf and Quad City region.

Trudell retired from the distilling effort and Baker brought the concept and product to Bettendorf in 2016, creating Cat's Eye Distillery in the process.

Baker initially moved to Bettendorf with his parents in 1968 when his father transferred to the Quad City area from Peoria to work at the newly opened Caterpillar plant in Mount Joy Iowa. He went onto graduate from Pleasant Valley schools and Scott Community College with a degree in computer science..

Following graduation, he embarked on a career focused on technology services. Over time, he worked with the Mississippi Bend A.E.A., Star Forms, ETS, Fidlar Technology, AVG Automation, among other local companies.

Nearing retirement, Baker focused his attention on the development of the Cat's Eye Distillery brand. His choice of company name reflects a keen interest in astronomy. The Cat's Eye nebula is a dying star or nebula three thousand light years away from earth.

To distill his whiskey products, Baker purchases corn from a Scott County farmer, grinds the grain to a powder, boils the corn, creating a mash, adds yeast and enzymes, then ferments the resulting sugar, which produces alcohol. He lets the mash sit for a week and then distills the mash to extract the alcohol then ages the resulting product in oak barrels which give the end product its unique flavor.

Initially, Cat's Eye's goal was to produce 100 cases of whiskey a month, but now that figure is closer to 2000 cases. The whiskey is presently distributed in Iowa, New York, Wisconsin, Minnesota, Florida, Tennessee, and California. Soon the products will also be available in Missouri, Texas, Colorado and Kentucky.

Baker acquired a partner in Gene Nassif, a Des Moines area attorney, who handles much of the business and regulatory side of the operation.

Working with John at the 3232 Bear Tooth Ct. location in Bettendorf are employees which include John's son Jason, along with a nephew Matt Baker, and a longtime friend, Steve Dooley.

Baker believes his production will well exceed the million dollar mark this year and may reach five million dollars in product sales next year. To reach that mark he will devote considerable time to streamlining and automating the production process.